If you want to produce a live video streaming, also called a live "webcast", of an event, the general requirements are the following:

When you don't anticipate more than a few hundred simultaneous viewers for your event, one large Amazon EC2 instance, running a pre-configured Wowza Media Server AMI is usually enough. Nevertheless it is always a good idea to start at least two instances, so that you have a primary as well as a backup streaming server. In case something happens with the primary streaming server, you could quickly move to streaming and utilizing the backup one. 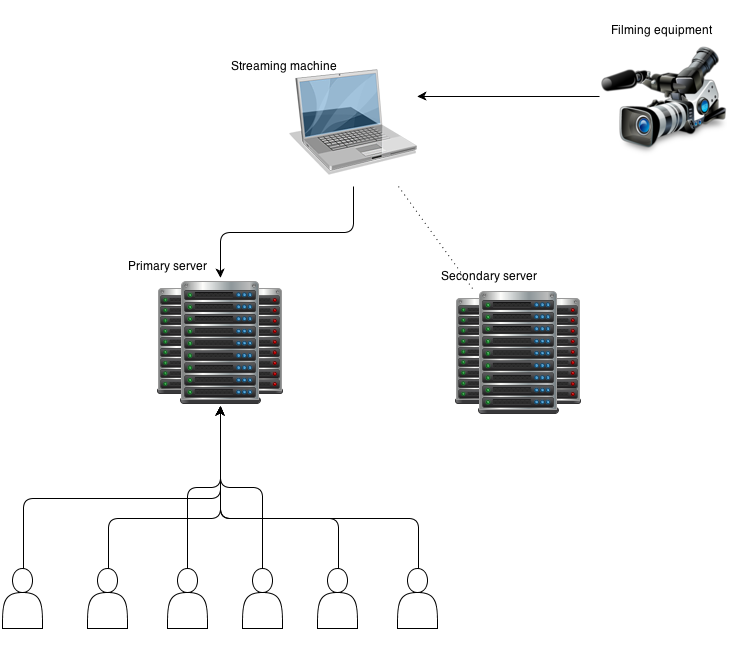 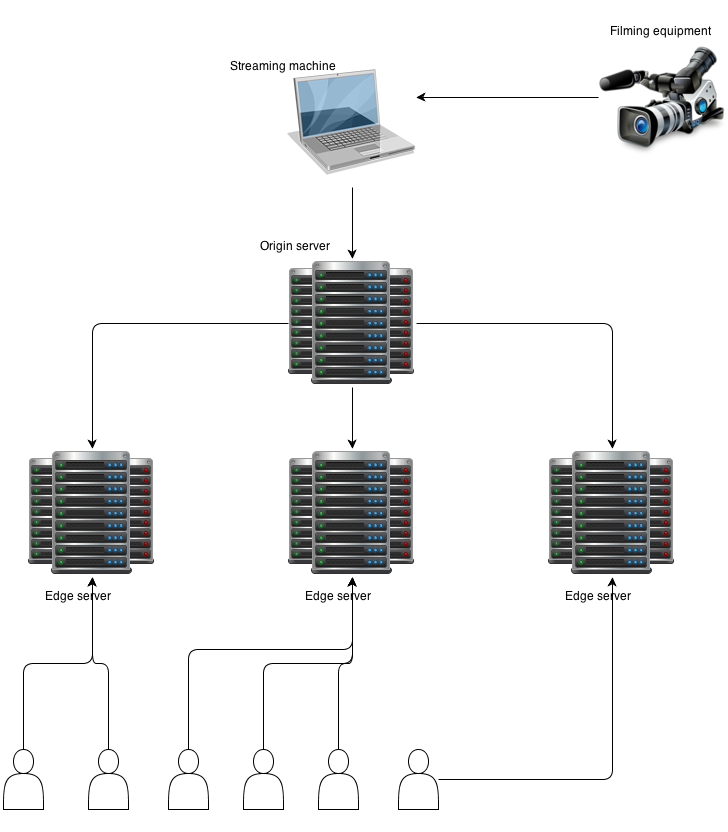 When using an edge-origin architecture, you would start at least two server instances, with the possibility to add more during the event. One of the servers (the "origin") is designated to receiving the video stream and passing it to the "edges". It could also be configured to act as a load balancer, listening to the "edges" for availability data. The second server (the "edge") is designated to serve clients with the live video stream, which it is to receive from the "origin". The "edge" server also acts as a load balancer sender, periodically sending availability data to the load balancer listener (which, as explained, could be the "origin" server itself). With such an architecture the load on the "origin" is reduced, with the "edge" being responsible for serving the clients. During a live event, you could add more "edge" servers, distributing the clients between each of them, and thus reducing the load on the individual instances.