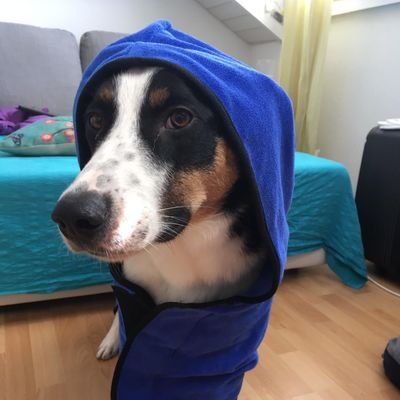 I have been following the development of Docker for the past few months. Docker is an open-source project to easily create lightweight, portable, self-sufficient containers from any application. A few great tutorials on how to use it already came up, so I decided to give it a try for a side project and share my experiences. All the files discussed in this post can be found at this GitHub repository

I had to choose between using VirtualBox or VMware Fusion for virtualization, since at the moment Docker doesn’t support OS X. At first I tried VMware Fusion, as I couldn’t get Vagrant to work with OS X. I wanted to host my code on OS X, mount it with VMware Fusion on a Ubuntu guest, and use it inside a Docker container. That went well, but I had troubles with the shared folder syncing between OS X and Ubuntu. On occasions I would edit a file on OS X, and the change wouldn’t sync with the Ubuntu guest system. It turned out other people also had similar issues with VMware Fusion, so I decided to switch back to Vagrant with VirtualBox provider.

For me Vagrant wouldn’t boot up at all initially. I was constantly getting the same error message - “VM failed to remain in the running state”. The fix turned out to be adding a static DNS (8.8.8.8 / 8.8.4.4) to my OS X network adapter.

Having done that I had a stable Vagrant/Ubuntu/Precise virtual machine.

With a little help from the folks at RelateIQ, I added a provisioning script, which automatically installs docker and the required kernel on the VM. At that point I had a running Ubuntu VM using Vagrant, with Docker installed on it.

Next I prepared Dockerfiles for the PostgreSQL and Redis containers.

The final step was to setup the Rails container, linking it to PostgreSQL and Redis. As of Docker 0.6.5 one can link containers together, allowing them to communicate with each other. This basically creates a secure tunnel from the parent to the linked container for a given port and exports the IP and port as environmental variables.

In order to link the PostgreSQL and Redis containers with the Rails container, I execute the following:

At this point I prefer to launch the Rails container with /bin/bash and manually do bundle install and foreman start -e .env.development to launch my application. Since I don’t want to install all the Gemfile dependencies when I launch the container, once it is finished, I commit a new version for future use. If a code change requires a new Gem, I run bundle update manually and re-commit the container.

Next, I would like to automate this setup a bit further resulting into a setup similar to RelateIQ’s development environment. Additionally, when starting the containers, data and log volumes need to be mounted, so that data can be persisted if a container is rebuilt/destroyed.

Comments and ideas on how to improve this setup are very welcome.